The Different Paths Of An Anatomic Pathologist 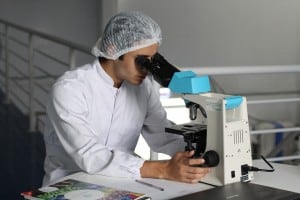 Cytopathology (Cytopathologist): Is the study of cells to diagnose the causes or nature of human disease. Cytopathologists examine cells that can be exfoliated, washed, or scraped from various sites from the body. An assessment of these cells can either be viewed by smearing the samples on a glass slide or suspended in a liquid medium, processed by the appropriate techniques.

Forensic pathology (Forensic Pathologist): The practice of diagnosing the causes of death by examining corpses and analyzing relevant evidence to help reach a conclusion. Though a coroner can examine corpses and investigate any evidence that can help identify the cause of death , they do not require medical training or qualifications. A medical examiner however, has to study forensic pathology through higher education training and will then become board certified. The investigation of a medical examiner can include visiting the scene of the death, examination of the body’s outside appearance and performance of an autopsy. An autopsy is a post mortem examination that is the dissection of a corpse to further help identify cause of death.

Histopathology (Histopathologist) : Involves the microscopic examination of various forms of human tissues and specimens. A histopathologist is likely to see larger specimens like whole organs, pieces of tissue and fluids pass under their microscope. The tissues are acquired from surgery, biopsy or autopsy and then placed in a substance that prevents decay of the tissue for further analysis. Chemicals and dyes are used to distinguish tissue structures. This practice combined with the knowledge of tissue composition provide often accurate diagnosis.

Surgical Pathology (Surgical Pathologist): Focuses on the examination of surgical tissue obtained by performance of a biopsy or a surgical procedure that removes parts of an organ. Through gross and microscopic observation, surgical pathologists study the tissues extracted during surgery. They provide a diagnosis and often times an optimal plan of treatment for a variety of medical subspecialties.

General pathology is a combination of two major specialties, Anatomic and Clinical Pathology. Both focus on the examination of diseases for medical diagnosis and have their own subspecialties. The difference between the two is, Clinical pathologists analyze bodily fluids while Anatomic pathologists are more focused on the analysis of tissues or organs. These subspecialties and procedures listed, are just a few of the studies that derive from Anatomic Pathology.