A Tale of Two Saws

When considering what autopsy saws are available to a pathologist, there is certainly a limited array of models on the market to choose from. Certain styles of saws are specifically made with distinct features to complete the tasks at hand. One particular model is regarded as an industry standard by forensic pathologist after decades of use on the medical market. 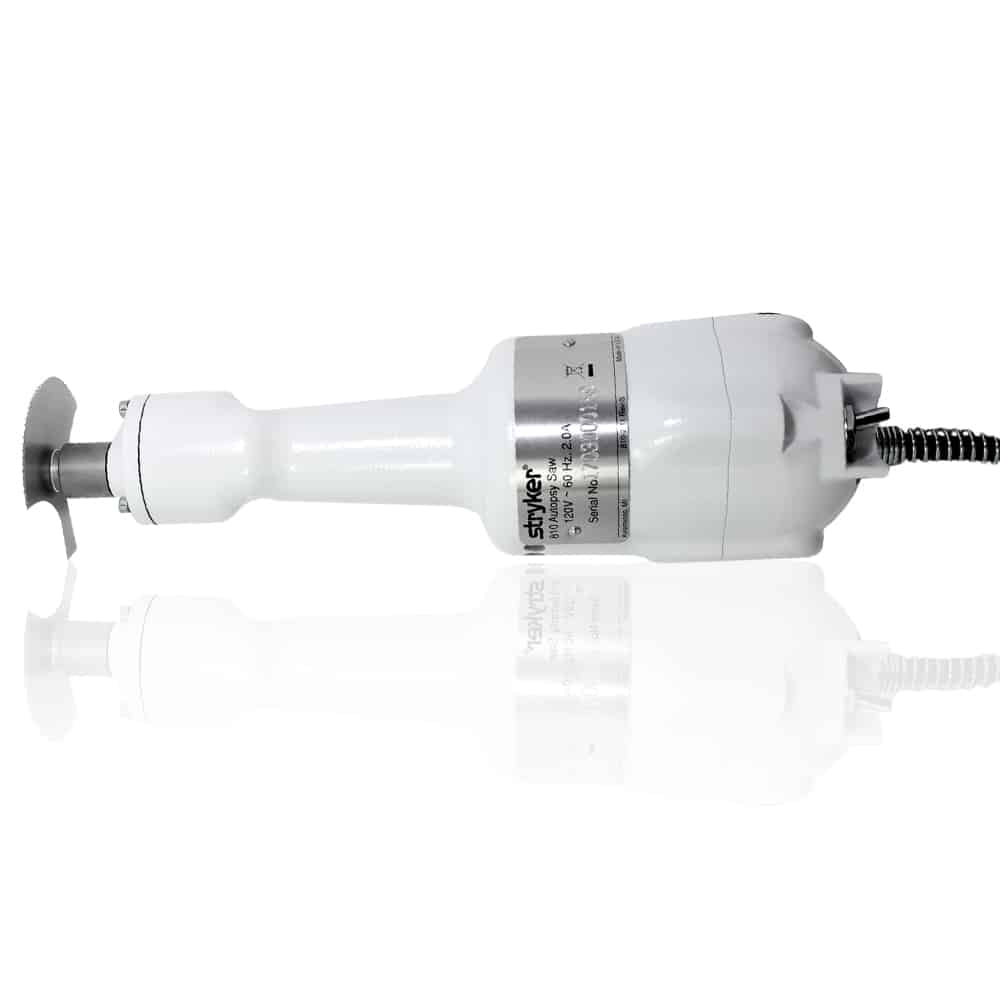 The Stryker saw was invented by Dr. Homer Stryker, an orthopedic surgeon who invented medical equipment based on the needs of his patients. Dr. Stryker noted how difficult it was for an orthopedic practitioner to remove a cast by hand, therefore he created the Stryker saw to make the process easier.  Originally named The Cast Cutter,  the Stryker saw was designed with an oscillating blade that was originally powered by a motor from a malted milk mixer.  The blade of the saw moved back and forth to cut a linear line through hard cast material without cutting the soft human tissue.  These rapid and small movements could pierce a tough surface while simply moving the soft and elastic surface of skin. For medical examiners and coroners, the Stryker saw allowed them to perform an autopsy without damaging any important tissue. A fast and efficient alternative to the bone saw at the time, the expectations of what consumers require of their autopsy saw have changed.

Though the Stryker’s unique oscillating blade was what captured the interest of forensic pathologist, this component is now common for most autopsy saws.  Manufacturers are now focusing on improving other benefits but by only adding those features to the original Stryker design. Until recently, there was no change in the construction of the autopsy saw on market. 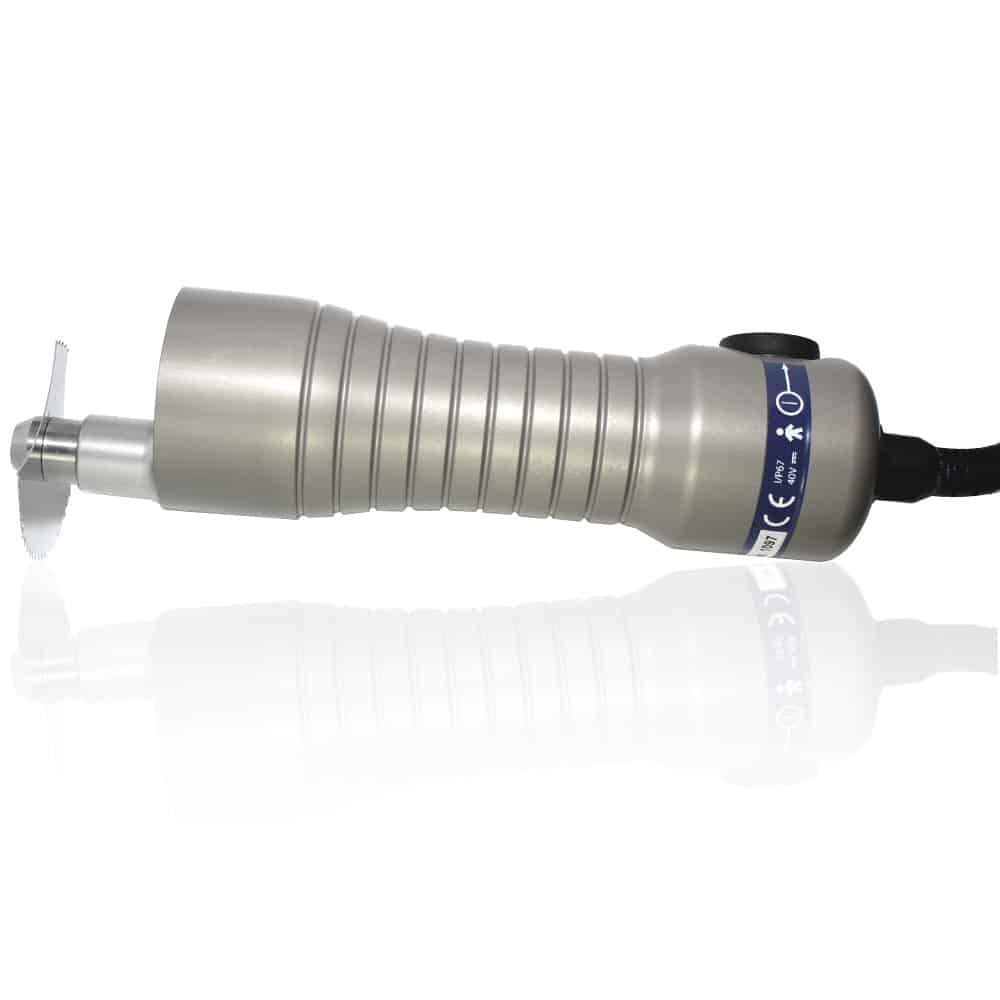 With a completely enclosed and well balanced hand piece, the Mopec 5000 is the first autopsy saw, to be created for specific autopsy use. The unique design of this autopsy saw has recently seen a breakthrough in the North American market. Able to withstand dirt and debris that would occur during an autopsy, this saw is sealed for the user’s protection. Unlike other saws, the Mopec 5000 can be completely submersed in liquid for easy cleaning after each autopsy. Specifications by consumers in terms of performance and overall quality were taken into account when designing the saw, therefore the weight distribution of the unit prevents fatigue and tension on the joints. Further safety features include the unique arbor mount that allows the user to change the blade via the top-mounted arbor, reducing risk of injuries. The procedure for an autopsy is completely different from cast cutting, and this autopsy saw is made to withstand all its requirements. The improved motor design is quieter for decreased noise distraction and vibration from the saw. While the hand piece offers lower voltage that reduces heat from the motor without sacrificing the cutting power of the blades.  This prevents wear on the motor, allowing for extended and repeated use.

What was once a unique item for the forensic pathology industry, an autopsy saw that is oscillating is now common and expected. With advancements in technology, newer elements are being produced but only as add-ons to the Stryker model. The Mopec 5000 is completely redesigned to handle the requirements of an autopsy and benefit the consumer. It is the first autopsy saw of its kind, proving that there is a new standard for the forensic pathology industry.