History of the Autopsy 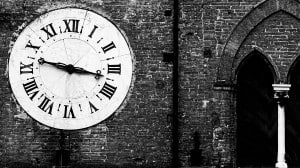 An autopsy, also known as a post mortem examination, is a dissection of a corpse that is performed to help determine the cause of death and examine effects of diseases. Throughout history, autopsies were often viewed negatively and prohibited due to religious laws.  This caused delay in advancement and prevented any development in the field for over a century.

Ancient Greece: The earliest records of an autopsy were completed by Greek physician Galen of Pergamum, who had studied the symptoms of a patient and examined the affected part of the body. Galen of Pergamum made the connection between what was felt by the patient and what could be seen, as well as what was found during dissection.  Galen believed that disease was connected to four circulating humors, phlegm, blood, yellow vile and black vile. For 1400 years, the theory that disease was connected to the fluids in the body, crippled medical science.

Middle Ages: The beginning of the Middle ages saw little to no advancement in medical science, since it was considered a crime to dissect the human body without decree from religious leaders.  Attitudes shifted during the Italian Renaissance, as known artist Leonardo Da Vinci and Michelangelo started carrying out their own dissections of the human body for anatomical study.  Noted physicians emerged during this period, such as Giovanni Morgagni, who refuted the four humors theory with evidence that illness could be  traced through the body.  These observations of noted physicians along with increasing religious approval for the autopsy, opened the door for continued study.

Modern Era: It wasn’t until the 1800’s, that the performance of autopsies became increasingly popular. This was in part due to the more regulated practices of established medical examiners and coroners. Introduction to the modern-day autopsy was pioneered by Karl Rokitansky of Vienna, who had completed more than 30,000 autopsies and supervised about 70,000 autopsies during his career. Rokitansky was the first to examine every part of the body, with a systematic and thorough approach. However, it was his competitor, Rudolf Ludwig Karl Virchow, who used microscopy to examine each organ carefully. This application allowed Virchow to show evidence that cellular pathology was the basis to understanding of disease.

Post-Modern Era: In more recent times, autopsies have declined while the study of general pathology has flourished. Thanks in part to modern technology, the accuracy of a clinical diagnosis has made the autopsy outdated. Many physicians feel that a post mortem examination would not reveal any new conditions that were not detected clinically. Today less than 5% of hospital deaths are autopsied as more focus is spent on performing diagnostic tests and providing treatment to patients.  However, autopsy findings are still important for furthering research for physicians and remain critical in criminal investigations.